It was a very busy week, and I feel like I was doing so many things at the same moment that right now it’s difficult to concentrate. I was preparing for my first sales experience in London. It took a lot of time and thought, ’cause I couldn’t just fill the stall with felted scarves – it’s the wrong season and I don’t have enough of them. So I had to choose some other products to make and sell. And to design some cards, price tags, leaflets. And prepare stall decorations. And so on.

Yesterday it was the pick of my mad week, I had two Fairs in one day, at my kid’s school from noon to 4 pm and then from 6 to 9.30 pm. It was crazy to drag those bags from one place to another without a car, especially the vases. Never carry 13 vases in 1 bag, never! Next time I’ll consider buying some small plastic buckets for flowers. 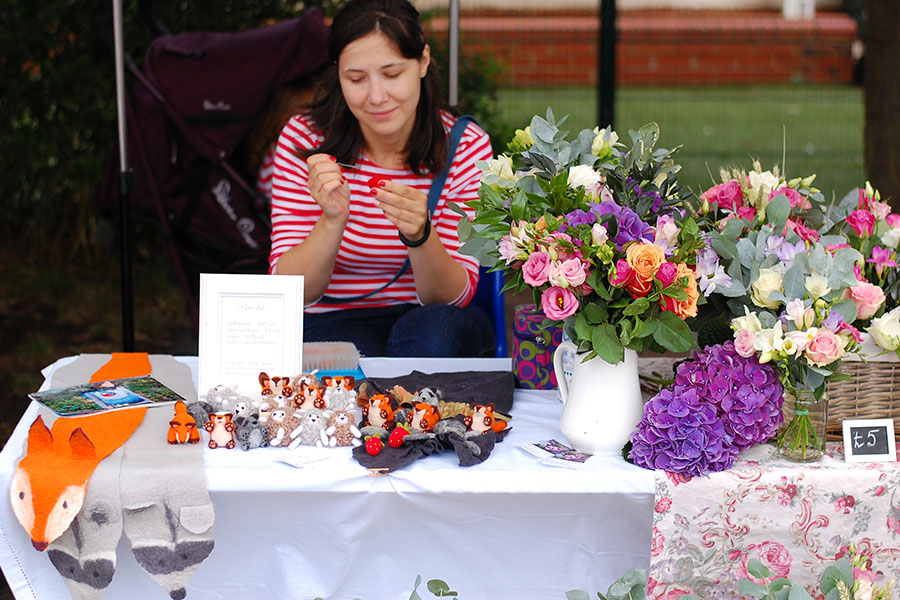 All together we spent 9 h 30 minutes at the fairs including setting up and packing down, all time my heroic husband and my kids were with me, supporting and encouraging me. Here I share some photos from both events.

The first was Summer Fair at Fielding Primary School, there were lots of people and lots of various activities for kids and adults. Yet, it didn’t go really well. The first reason was weather it was really windy and there were several showers during the day, so I couldn’t unpack and demonstrate my scarves. I spent a lot of time and two table cloths arranging bouquets so they wouldn’t be blown over. I couldn’t risk it with the scarves, no. What I got from there, it’s not my audience. There are people who came to spend a little money on kids candy and father’s beer and though many kids were looking at the small felted friends they couldn’t afford it, as most of pocket money was spent on candy in first 5 minutes after coming to Fair. 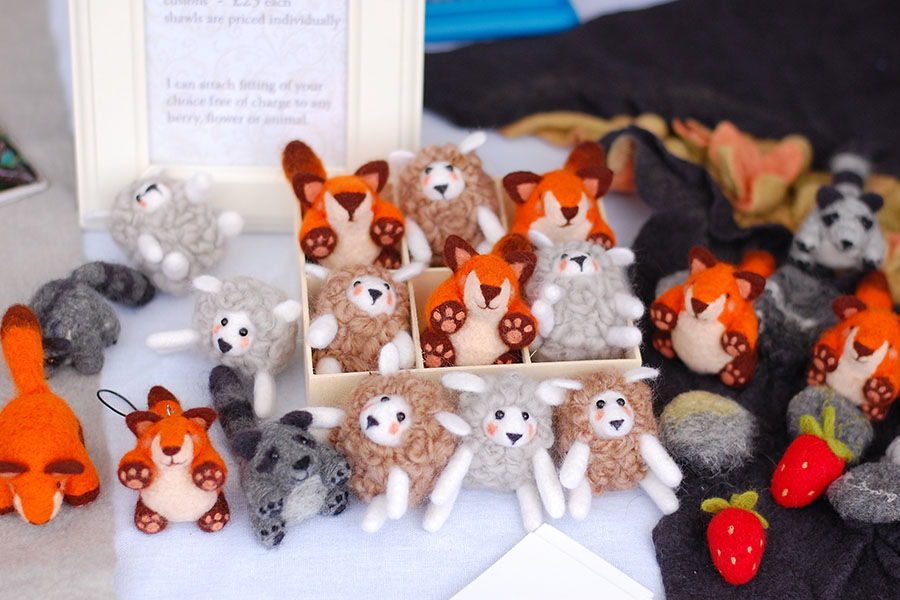 But it was a nice experience, I understood a lot about exhibiting goods, about what equipment I need to transport  it easily, to stand up wind and rain. Everything has to be stackable, flat and heavy enough. 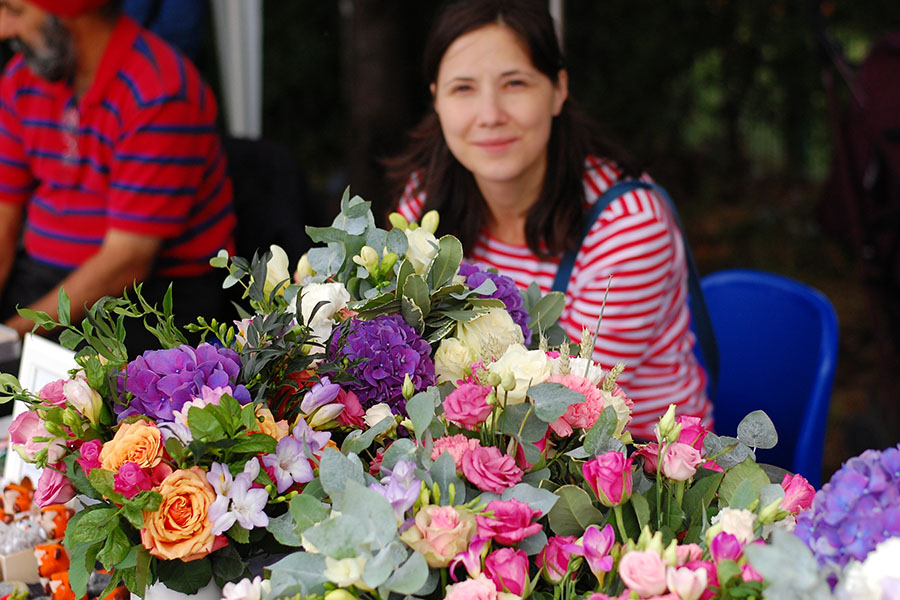 Among the activities at school fair they held a Bake Off competition for kids and adults. My son’s task was to make 6 cupcakes World Cup themed. He made vanilla ones with different flags and a football ball. Not bad for a 8y old boy, ah? 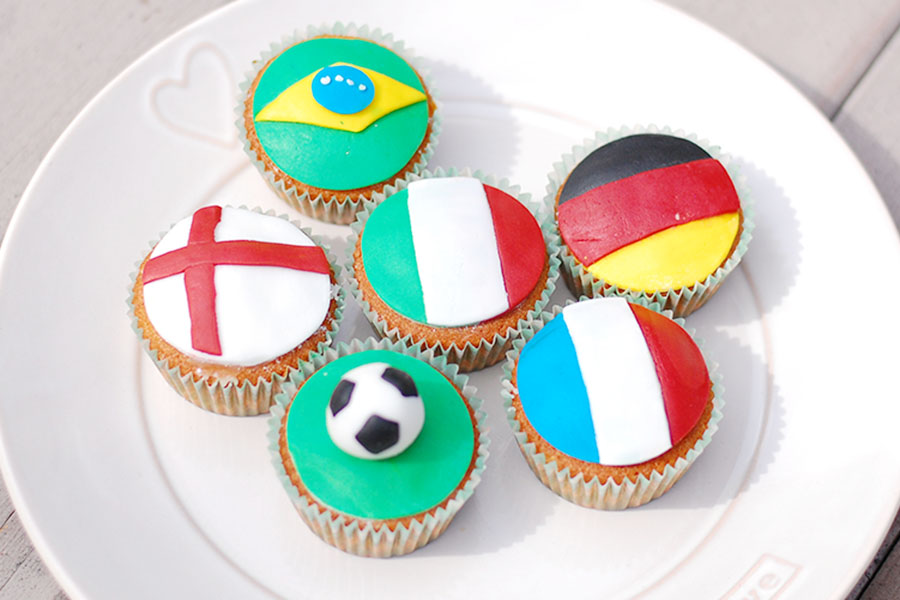 And adults’ task was to bake a sweet cake using veggies. I chose my favourite – pumpkin to take part in competition. And its a pleasure to say, that I won! And now I have a great prize – 2 places on an American baking workshop. 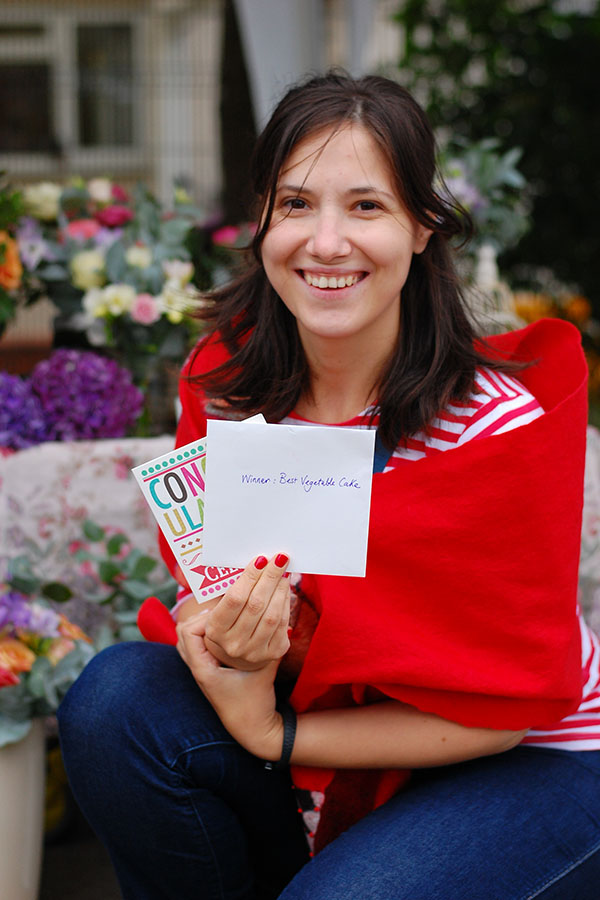 The other stall was booked for us at Northfields Night Market and it was much better with the weather, as we were inside. No wind was blowing down vases with flowers, no rain was a threat to my felts. I also liked that there were a lot more handmade stalls in there, so the people who came were not surprised to find my felts there. I liked talking to people there, ’cause they were interested in what I was telling. I spoke a lot about felting and wool and qualities of materials, I showed how I do this and I was absolutely happy to finally find people who are interested in crafts and handmade. 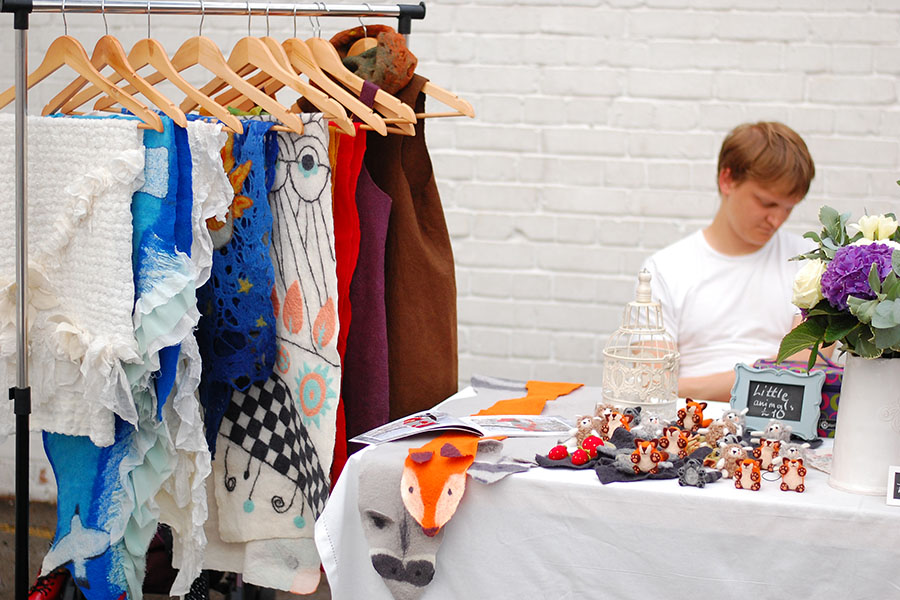 During the event I was sitting and felting some toys with needle, and it attracted people, they liked watching how this stuff is made. Two little girls spent about 40 minutes by my side, watching and asking questions. But the best moment was the girl, who spent half of her pocket money to buy a fluffy fox, and then made a circle through the market, returned and spent the other half for the sheep. That was so encouraging and inspiring. Hey, little girl, I am very grateful for your choice and I hope you like your new friends! 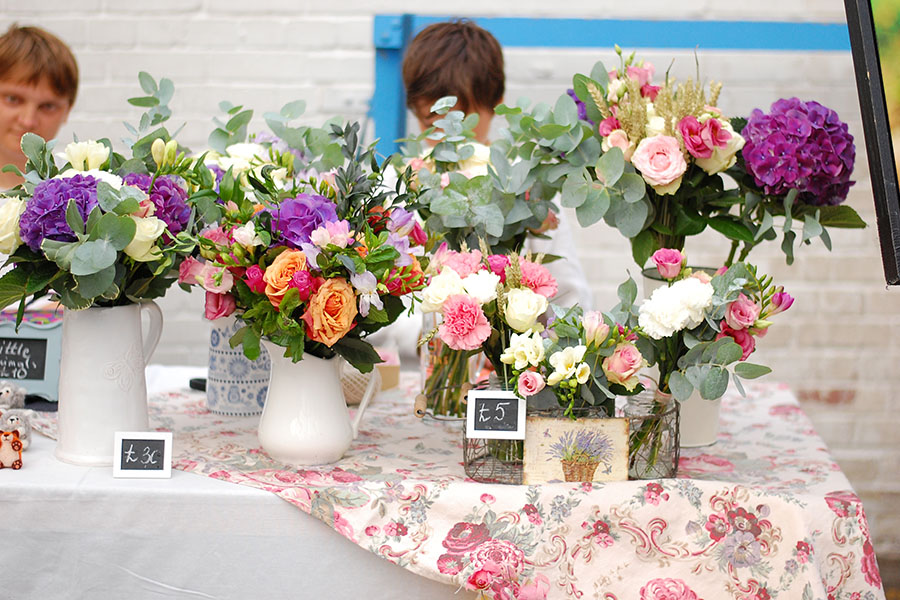 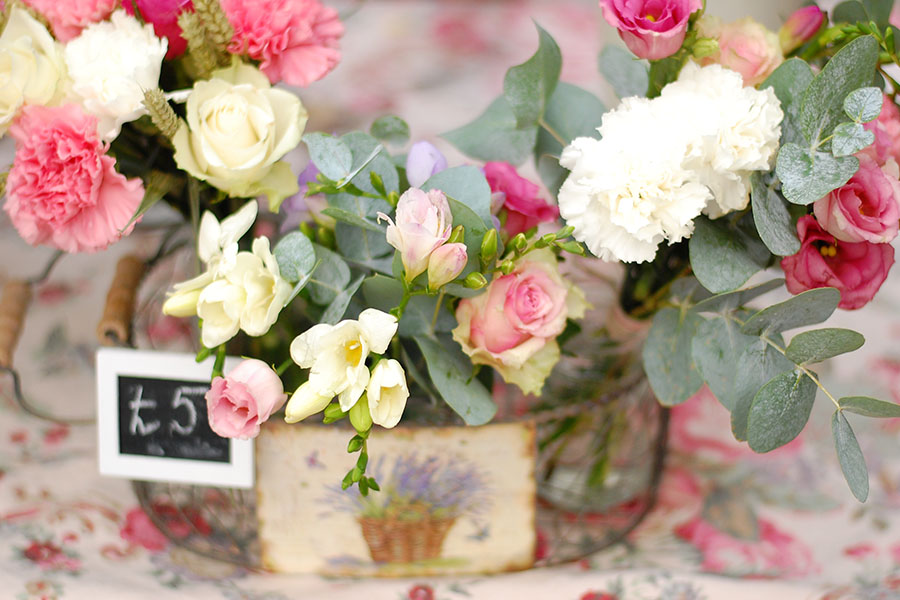 I had pretty a lot of flowers, and sadly, couldn’t sell them all, so at the end of show I just handed some of them out. And it really felt great. 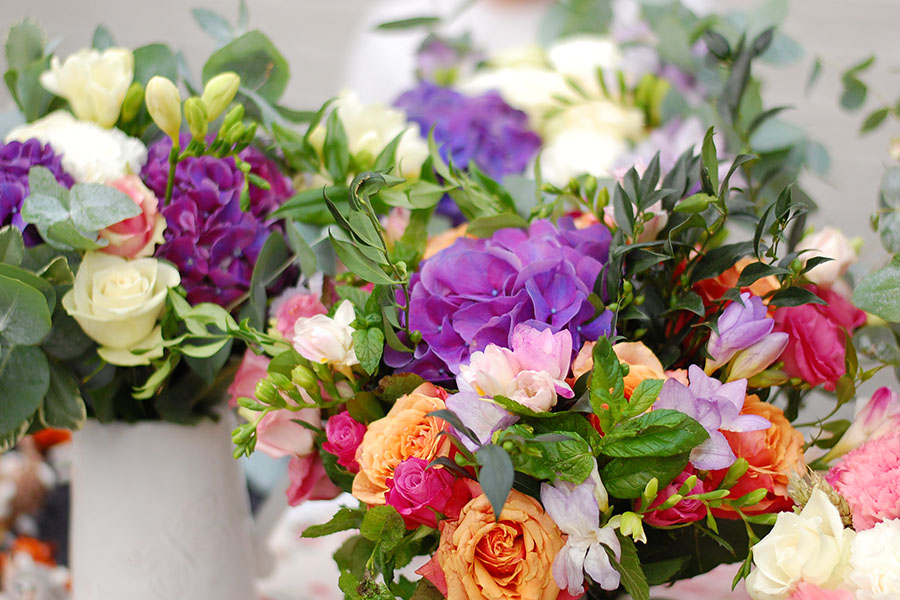